Happy Xmas - May you Shine as Brightly as Tinsel!


Thank goodness that the days are lengthening again, we have gone through the stable depths of the darkness and are coming out again into greater light. The Sun has returned! Horus has overthrown Set! Bravo!!!

And so in this time of Winter Solstice we are thrown into the dark. What shall we find down there? How will we cope? Do we have the tools/gifts to be wise, kind, compassionate? You don't know? Well soon you will, because Xmas is here, a traditional time for gathering of fam-damn-ilies!! 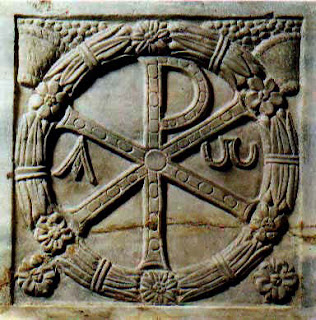 And here is an experiment, instead of writing I've decided to ad-lib on video. No videoing editing skills are currently available so what you see is what you get. Uncut!

There is a sort interval in which drinks and ice creams are served. If you have 50p you can even have a Cornetto.

...and an extra bit on the end to try as succinctly as possible to say that it might not be that Jesus as a baby was born at Xmas, but the birth of Christ still holds for Winter Solstice, if we take it symbolically. The (baby) Sun born again, the Light of the World. And on another level inside the light is born: in the depths of darkness it is where the Light emanates, where we can uncover our gifts, where we can find the birth of our own Light. I'm not saying that Christmas is not about Christ, as in the Christ State, as in the State of Light, just the little baby Jesus as a human, wasn't born now. Would have been a hell of a coincidence, but let's not throw the toys out of the pram.