Jules Verne did it, so why can´t we?

Rexsy receives cosmic symphonies through meditation and creates them in the moment without any editing. "In deep meditative state, as the mind remains silent, cosmic energy pervasively reaches all atoms of life. This movement of energy is wisdom."
Rexsy

So how about this for another idea that came and rested in my nest:


Lets just say again, for the sake of argument, that a cosmic morning shines onto our planet in the near future and light energy arrives to us from the centre of our galaxy.  It is light that was being obstructed, such as happens with the rays of the sun in the night.  Lets say also that this brings a jump in consciousness.  For a moment let´s just accept it.

Well then, under a greater consciousness centered in our hearts, we will suddenly see how silly we have been in so many things, sticking to our ego-mind drives, blocking ourselves to the bigger picture, seeing ourselves as individual beings having to “fight” for our survival, holding, grasping onto our grievances about how people have not upheld our self images of how super special we are, having fear as our motivation for so many actions instead of love, and suddenly seeing - how simple it all is! The ego baggage falls from our tense shoulders and our muscles relax into peace, into a more loving existence, into a greater harmony with ourselves, with others and with creation.  We breathe a deep sigh, as if we have just stepped out of a car in the middle of the mountains, after a long journey on the first day of our holidays.  Fresh mountain air!  Release!!

Let´s just believe we can. Let´s imagine we can be it, that we can become this more highly evolved us.


But my ego-mind, pushing me off course then thinks me: “Yes, maybe I and others can do it but what about the “baddies”, the financial market controllers who would prefer to make money instead of being aware that they are throwing families onto the street, who are making other people´s lives unnecessarily filled with fear of not being able to keep up with rent, with supermarket bills, with the rising tension between people.  What about the bullies who have the material power in the world right now?”

And this is the thinked thought of today, an answer! - “Well now, just imagine that this higher level consciousness enters into their minds too!  And they realise that what they are doing is not bringing them the love they are looking for, nor the peace, nor the self contentment and that they themselves are caught in a prison of fear (for many people presently would like to see them dead)…it is the Scrooge story!”
The power of imagination is real, just like Jules Verne who imagined space travel before it was possible, who imagined a submarine before it was possible, like Da Vinci who imagined a plane, or any of the good science-fiction writers who use parts of their brain to see new possibilities that most of us have dormant.  Many well imagined fantasy worlds have later become true, or should I say, have become material (they were always on some dimension true already).

So lets imagine with all our hearts that these Scrooges of the modern world do in fact listen to the ghost of the past, present and future, and comprehend their situation. Having "seen" these people will yearn for a positive change in their own lives.  For why are there people who are trying to control the world, with microchips, bank systems, see through political wars and big machines that can create naturally appearing disasters that have more killing power than atomic bombs?  Why are they trying to do that?  Do they control because they are they afraid of being controlled?  Are they protecting themselves from massive mental monsters that warp their vision?  Why do these people, like some rich neighbours in my home village, sleep in rooms that are bomb proof with massively thick automatic all-protecting doors?  Who are they really afraid of?  What have they done to think that such a personal attack is possible?  How do they ever feel real love?

There are two types of power: external power over others and internal power within ourselves.  The first brings tension of having to maintain that imposed power and fear of “mutiny”, fear of being attacked by those who are being controlled against their will.  The second allows us to control our own reactions, to be able to respond well, which brings greater joy and deeper, more intimate relationships based on trust, knowing each has power over themselves and their reactions even in difficult times.  No one is going to blow up because something they didn´t like happened.  It also allows us to have greater confidence in ourselves in easy times and difficult times, greater self esteem and therefore a healthier relationship with the world.  Internal power, which allows one to maintain connection with our true selves, with our joy, with happiness, with a loving attitude, automatically, organically brings others around you, because they want to be there, because it feels good.

If, as we become surrounded by this new earth consciousness, those highly defended behind the bullet proof walls of the present system really do stop to listen to their Scrooge ghosts, then maybe they will comprehend that the power they have exerted over others, and the fear they have generated for themselves are just not necessary any longer: that they are OK, they are safe, they can relax, they need not fight any more for what deep down is only causing them pain.  That they too can simply, with or without money power, be happy and loved, not for what they have, but for who they are.


As we be the change in ourselves and imagine it for others everything changes!
And we can thank them for controlling our world while it was needed, while as a human race we were not able or responsible enough to manage our own affairs, and now, thank you very muchly, it is not needed.  The light is coming!


We are all ready to step into this new era, where we work with mutual respect and peaceful joy, as we accept ourselves for who we are: Children of the Cosmos.


And you know, if it doesn´t happen, the 2012 thing, if we have all fallen into some collective myth, all the above is still true: we do know that our actions affect our tomorrow, and so lets just do it anyway.  We are the ones we have all been waiting for to evolve human consciousness!!

As the Course of Miracles says:
“We are limitless in our power and in our peace”.
Namaste! Paz! Shanti! Peace! ειρήνη! 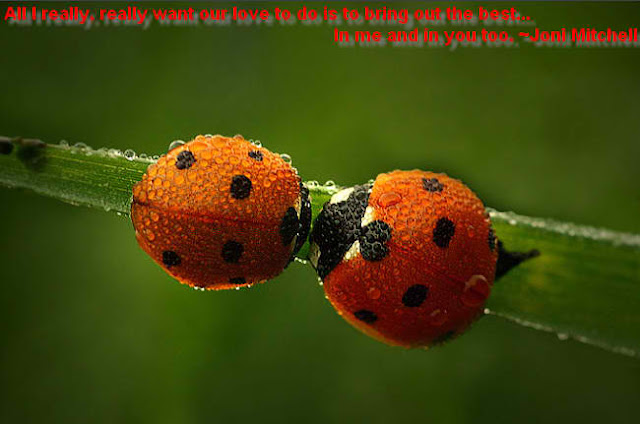 Labels: 2012, accepting ourselves, being the change we want to be in the world., consciousness, creating our world